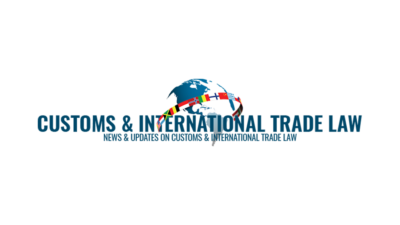 As the U.S. government and the governments of many other countries continue to sanction Russia and Belarus for the Russian invasion into Ukraine, companies around the world are grappling with the consequences that comes with the escalating economic restrictions placed on conducting business in the region. Here at Diaz Trade Law we are working to keep you up to date on all relevant sanction activity and what it could mean for you and your business.

Sanctions on DNR and LNR regions of Ukraine

On February 21, 2022, the Office of Foreign Assets Control (OFAC) issued an executive order (E.O.) blocking property of certain persons and prohibiting certain transactions with respect to continued Russian efforts to undermine the sovereignty and territorial integrity of Ukraine in addition to an issuance of Ukraine related general licenses. More specifically, this E.O. prevents any U.S. persons from engaging the Donetsk People’s Republic (DNR) or Luhansk People’s Republic (LNR) (collectively named the “Covered Regions”) in most, if not all activities, including the following:

This E.O. also gives OFAC the authority to impose further sanctions on persons and entities determined to be:

On February 24, 2022, the United States took significant and unprecedented action to respond to Russia’s further invasion of Ukraine by imposing severe economic costs that will have both immediate and long-term effects on the Russian economy and financial system.

OFAC has also imposed blocking sanctions on three additional major Russian financial institutions – Otkritie, Novikom, and Sovcom and their identified subsidiaries – for either being controlled by, or acting on behalf of, the Russian Government as well as for operating having operated in the financial services sector of the Russian economy.

Debt and Equity Prohibitions Against Major State-Owned and Private Entities

The 13 identified firms are as follows

Pursuant to E.O. 14024, OFAC identified the following 11 Russian entities as being owned or controlled by, or having acted or purposed to act for or on behalf of, directly or indirectly, the GoR:

Pursuant to E.O. 14024, OFAC identified the following three Russian entities for operating or having operated in the financial services sector of the Russian Federation economy:

To ensure that these sanctions and prohibitions have an impact on the intended targets and to minimize unintended consequences on third parties, OFAC has also issued the following general licenses in connection with these actions.

On February 25, 2022, the United States continued to impose sanctions on President of the Russian Federation Vladimir Putin and the Minister of Foreign Affairs Sergei Lavrov, along with other members of Russia’s Security Council. These sanctions, along with previous sanctions on Russia’s economic continue to impose unprecedented diplomatic and economic costs on Russia and isolate it from the global financial system and international community.

On February 24, 2022, OFAC sanctioned 24 Belarusian individuals and entities due to Belarus’s support for, and facilitation of, the invasion. Among the sanctioned entities are two significant state-owned banks, as well as multiple entities and individuals associated with the Belarusian defense and security industries.

Along with this action OFAC also issued two general licenses related to the Belarus Sanctions Program:

As these sanctions may only represent the initial stage of an ongoing and volatile economic landscape, we encourage the trade community to stay informed on all latest sanctions and how they may impact YOU. Should you need any assistance navigating OFAC sanctions please contact us at info@diaztradelaw.com.

To receive an email notification whenever a new post is published, please subscribe to our weekly blog here.