An Introduction to Safeguard Investigations 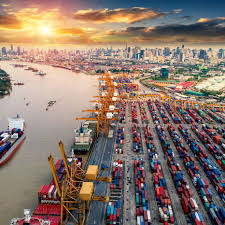 Section 201 of the Trade Act of 1974 provides import relief measures (also known as Safeguards) for domestic industries. The measures provide temporary relief for U.S. industries when competitor imports increase so significantly that they cause serious injury or threat to the domestic industry. The Safeguard measures are temporary – they allow the U.S. President to raise import duties or impose nontariff barriers on goods entering the United States for a limited period so that domestic industry is given sufficient time to adjust to the competition.

How do Section 201 Actions Work?

Safeguard actions allow the President to impose temporary duties and other trade measures on imports of certain items if the U.S. International Trade Commission (“USITC”) determines that a surge in imports for a given product is a substantial cause or threat of serious injury to a U.S. industry. Safeguard actions are permitted by Article XIX of the Global Agreement on Trade and Tariffs (“GATT”) treaty of 1994. Safeguard actions do not require a finding of unfair trade practices as is required in anti-dumping and countervailing duties cases.

Section 201 investigations are generally initiated when a written petition is filed by a trade association, firm, union, or group of workers representing a particular U.S. industry. The petition must include a plan to facilitate the industry’s positive adjustment to import competition. An injury investigation is then conducted by the USITC.

The USITC investigates whether the trade association, firm, union, or group of workers is being

If the USITC makes an affirmative determination of both counts above, the USITC transmits its recommendation to the President explaining that relief would prevent or remedy the injury caused by the surge in imports and facilitate industry adjustment to import competition. The final decision on whether to grant relief, in what manner to grant relief (i.e., impose tariff or utilize non-tariff measures) and how much relief to grant is determined by President.

The USITC conducted an investigation and determined that there had, in fact, been serious injury to the domestic industry. Accordingly, on January 22, 2018, President Trump imposed tariffs of approximately 30% on solar panel imports set to drop by 5% annually in each of the subsequent three years. The tariffs were meant to help revive the U.S. solar panel-producing industry.

* First 2.5 gigawatt of imported cells are excluded from the additional tariff.

On February 7, 2020, the USITC issued a report monitoring developments with respect to the domestic solar industry. In the report, the USITC found that due to the imposition of the Safeguard measure, prices for CSPV cells and modules declined in a manner consistent with historical trends, but were higher than they would have been without the Safeguard measure. Trump affirmed the report in a proclamation stating that the domestic industry has begun to make positive adjustments to import competition, shown by the increases in domestic module production capacity, production, and market share.

In May 2017, Whirlpool Corporation (“Whirlpool”) filed a Safeguard petition which was backed by GE Appliances (“GEA”). Whirlpool argued that South-Korea-based Samsung and LG Corporation (“LG”) repeatedly relocated their large residential washer production facilities to avoid anti-dumping duties levied by the U.S. Commerce Department. For example, in 2012 after Whirlpool successfully persuaded the U.S. Commerce Department to impose duties on imported washers made in South-Korea and Mexico, Samsung and LG shifted production to China. The change was short-lived as Samsung and LG moved production to Vietnam and Thailand after reports from Whirlpool Corporation that they were engaging in unfair trade to gain market share with their washers coming from China.

After the USITC conducted investigations and positively found that relief was warranted, the U.S. President applied a tariff-rate quota (“TRQ”) on all washing machine imports except those from Canada over a three-year period. Tariff-rate quotas, which is a two-tiered tariff regime (Quota + Tariff) allow lower tariff rate on imports of a given product within a specified quantity and require a higher tariff rate on imports exceeding that quantity. Following a recommendation from the USITC, Trump imposed safeguard tariffs on imported residential washing machines.

On January 14, 2021, Trump further extended the tariff-rate quotas on imports of large residential washers and covered partners through 2023.

In the January 14 Proclamation, Trump stated,

In late September 2020, Florida specialty crop growers filed a Safeguard petition about a surge in imports of blueberries into the U.S. market, particularly from Mexico and Peru. After an extensive investigation the USITC determined in a unanimous vote on February 11, 2021 that imports of fresh, chilled, or frozen blueberries had not increased in quantities sufficient to be a serious cause of injury to the domestic industry.

What You Should Do

If you are a member of a U.S. domestic industry feeling the strain of a sudden surge in import competition, we can evaluate whether the surge in imports of similar products meets the threshold of causing serious or threatening to cause serious injury to your specific industry. If warranted, we can also assist you in filing your petition.

Diaz Trade Law also assists U.S. importers or foreign exporters on Safeguard matters. U.S. importers and foreign exporters are advised to be aware of the dangers of falling within the scope of an ITC investigation. These investigations could end in the imposition of tariffs on the importation of such products in the United States. Importers should ensure that their products are not affected by Section 201 measures by ensuring that they implement strategies to mitigate the impact of tariffs on their goods and services.

Diaz Trade Law has vast experience on Section 201 measures and other import matters. We offer various services which include: 1) verifying your HTS classification, 2) advice on what to do if you’re a U.S. importer/foreign exporter to the U.S. that has been impacted, 3) study trade data to determine whether there is a surge. If you suspect that you may be impacted by the Safeguard measures, reach out to us for guidance on how to proactively respond to the actions.

If you have questions about Section 201 or any other customs or trade matter, contact us today at info@diaztradelaw.com or 305-456-3830.