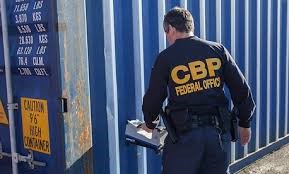 The Department of Homeland Security (DHS) is tasked with the monitoring of and enforcement of intellectual property rights (IPR). In DHS’s annual report, it discusses over 11 million containers arriving at seaports, 10 million transported on land by trucks, 3 million transported by train, and another quarter billion express packages transported by mail and plane. This report serves delves the work done by DHS.

The DHS’ annual report investigates products that infringe US trademarks and copyrights or are subject to exclusion orders issued by the US International Trade Commission as it threatens the health and safety of American consumers and poses risks to our national interests.
END_OF_DOCUMENT_TOKEN_TO_BE_REPLACED

On May 31, CBP announced it will be giving away money! There is an application process, and only certain companies are qualified to request it. Read on to see if it’s YOU!

HAVE YOU Been Affected by The Continuance of Anti-Dumping and Subsidy Offset?

The list of domestic producers that have been personally affected were sent to the U.S International Trade Commission (USITC) and can be found on the federal register as well. The list indicates who is potentially eligible to receive an offset. 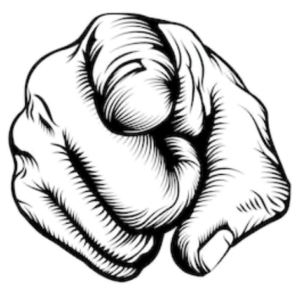 However, although your name may not be on the list, it does not necessarily mean that your company has not been affected. Any individual or company who may have purchased any portion of the operating assets of an affected domestic producer, a successor to an affected domestic producer, or an entity that otherwise previously received distribution may be jointly and severally liable for the return of any over payments. Therefore, for domestic producers who are not on the USITC list but believe they are eligible for a CDSOA distribution under one or more anti-dumping and/or countervailing duty cases are required, as are all potential claimants that expressly appear on the list, to properly file their certifications within 60 days after May 31, 2018. Certifications that are not filed within 60 days and/or fail to sufficiently establish a basis for eligibility will be summarily denied. END_OF_DOCUMENT_TOKEN_TO_BE_REPLACED

Will A Transatlantic Trade War Put the American Agricultural Industry At Risk?

Re-posted with Permission by the Southeast Produce Weekly.

Since March of this year, talk of increased tariffs has prompted rifts both in the United States and abroad. Following the U.S. departure from the G-7 Summit without signing the Communique, along with President Trump’s tariff Tweets, historic trading partners are now posturing themselves as adversaries while the possibility of a multi-front trade war increases. END_OF_DOCUMENT_TOKEN_TO_BE_REPLACED

In our previous post, we discussed ZTE’s record penalty for selling technology with US-origin chips to North Korea and Iran, in violation of US trade laws. The company initially received a $1.19 billion in penalties and was ordered to reprimand the executives responsible for the malfeasance’s as a condition to re-enter the United States (US) market after a three-year suspension. Despite telling the US government that the guilty executives had been properly punished, it became clear that they were instead rewarded with bonuses. This violation triggered an automatic ban of ZTE from the US market for seven (7) years. As the 4th largest seller of cell phones to the US, the ban on ZTE serves as a means of protecting American production.

After the announcement, the ensuing backlash from Beijing, as well as trade talks in China, President Trump stated that he and Chinese president Xi Jiping are working together to bring ZTE “back into business”.

You don’t want to miss this one!

What: Hear About New Updates to the CTPAT Program