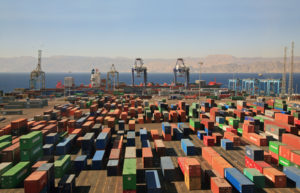 The Federal Maritime Commission (FMC) final rule governing licensing has been in effect since December 9, 2016. Under the new final rule, the FMC is requiring Ocean Freight Forwarder (OFF) and Non Vessel Owning Common Carrier (NVOCC) licenses to be renewed every 3 years using the new online license renewal system.

The FMC already sent out the first 146 notifications. DTL clients who are FMC Licensees may face cancellation if they fail to renew or update their license every three years. The great news is, now you are able to leave the heavy lifting to DTL.

END_OF_DOCUMENT_TOKEN_TO_BE_REPLACED

Last year, on a typical day the U.S. Customs and Border Protections (CBP) seized about $3.8 million worth of products because of Intellectual Property Rights (IPR) Violations. CBP reported that the total number of IPR seizures has increased nine (9) percent since last year, from 28,865 in 2015 to 31,560 in 2016. With the manufacturer’s suggested retail price (MSRP) exceeding $1.3 trillion.

What is Causing the Increase in Seizures?

Recordation of Trademark And Copyright With The CBP

In addition to registration of IPR with the U.S. Patent and Trademark Office (USPTO for trademarks), or the U.S. Copyright Office (for copyrights), owners can record said trademark or copyright with CBP. This additional step grants CBP additional enforcement power in both seizing counterfeit and piratical goods as well as thereafter issuing penalties for the MSRP value of the goods. In previous blog posts, we explained benefits of taking the extra step of recording your registered trademark or copyright with CBP, and CBP’s additional enforcement powers as a result of the recordations. END_OF_DOCUMENT_TOKEN_TO_BE_REPLACED

The Centers For Excellence and Expertise Have Arrived! 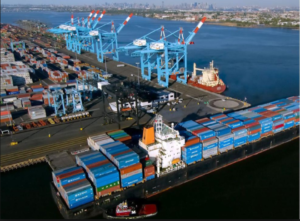 What are the Centers for Excellence and Expertise?

CBP is changing how it does business. CBP envisions an end to port shopping and uniform decision making throughout all ports of entry via use of the Centers of Excellence and Expertise (CEE). We previously advised our readers that a CEE was arriving in Miami!

By way of background, in 2012, Customs and Border Protection (CBP) published a Federal Register notice (77 FR 52048) that “developed a test to incrementally transition the operational trade functions that traditionally reside with port directors to the CEE.” The purpose of the test was to expand the CEEs’ ability to make decisions, by allowing the directors of the CEE to make decisions that were normally reserved for port directors. CBP’s goal for the CEEs is to “facilitate trade, reduce transaction costs, increase compliance with applicable port laws, and to achieve uniformity of treatment at the ports of entry for the identified industries (77 FR 52048).”

CBP discussed the application process, and urged importers to apply to a CEE to begin receiving the benefits of being a participating account early.