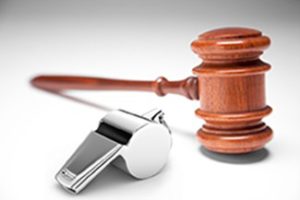 U.S. Customs – Your Personal Policeman at the Border

Many companies mistakenly believe that registering a trademark or copyright with the U.S. Government provides sufficient protection and remedies, and, therefore, do not take the extra step to record those trademarks or copyrights with U.S. Customs and Border Protection (U.S. Customs). With Thanksgiving in the rear view mirror and the Christmas holiday season kicking into high gear, now is the time to think of Pre-Compliance especially with the grave risks associated with shopping online and not knowing your supplier. As Small Business Saturday and Cyber Monday commercial activity spikes, CBP is, in specific connection with online sales, warns consumers and merchants alike to be on the lookout for holiday shopping scams and/or criminal trade practices. Red flags to watch for in this regard include offers designed to induce the purchase of counterfeit and/or unsafe goods, prices that are too good to be true, e-commerce sites that lack legitimate phone numbers and/or addresses, and sellers who lack good customer feedback.