Recent administrations have rightfully been concerned about ransomware. Ransomware is a form of malware used to extort users – the software locks your device and then demands a ransom for its release. Ransomware attacks are increasing in scale, sophistication, and frequency, victimizing governments, individuals, and private companies around the world. In 2020, ransomware payments reached over $400 million, more than four times their level in 2019. The U.S. government estimates that these payments represent just a fraction of the economic harm caused by cyber-attacks, but they underscore the objectives of those who seek to weaponize technology for personal gain.

END_OF_DOCUMENT_TOKEN_TO_BE_REPLACED 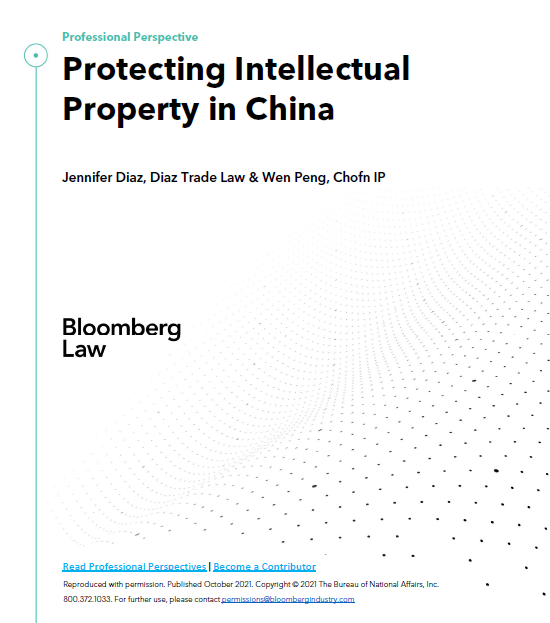 Diaz Trade Law’s President, Jennifer Diaz,  and Associate Attorney, Sharath Patil, are enthusiastic to announce Bloomberg Law published another one of our articles, “Protecting Intellectual Property Rights in China“! Below is the article reproduced with permission for your reading pleasure. We’d love to hear your feedback!

END_OF_DOCUMENT_TOKEN_TO_BE_REPLACED

The Bureau of Industry and Security (BIS)

END_OF_DOCUMENT_TOKEN_TO_BE_REPLACED

Investigations may be initiated based on an application from an interested party, a request from the head of any department or agency, or may be self-initiated by the Secretary of Commerce. The Secretary’s report to the President, prepared within 270 days of initiation, focuses on whether the importation of the article in question is in such quantities, or under such circumstances, that threaten to impair the national security. The President can concur or not with the Secretary’s recommendations, and take action to “adjust the imports of an article and its derivatives” or other non-trade related actions as deemed necessary.

To learn more about Section 232 investigations including background on relevant laws and regulations and the history of past cases, check out the Section 232 Program Guide.

END_OF_DOCUMENT_TOKEN_TO_BE_REPLACED

Trading in Wildlife? You May Need a License

The Convention on International Trade in Endangered Species of Wild Fauna and Flora (“CITES”) is an international agreement that strives to ensure that international trade in wild animals and plants does not threaten the survival of those species. CITES was adopted by 80 countries in 1973. The text of the agreement provides for various measures to prevent the illicit trade in goods made of endangered species. Specifically, CITES imposes controls on all import, export, re-export, and introduction from the sea, of species covered by the agreement, to be authorized through a licensing system. The species that fall within the scope of CITES are listed and maintained in three appendices based on the degree of protection required.

END_OF_DOCUMENT_TOKEN_TO_BE_REPLACED

Why China’s Cryptocurrency Miners are Moving to Texas

END_OF_DOCUMENT_TOKEN_TO_BE_REPLACED

On October 6, 2021, the Office of the U.S. Trade Representative (“USTR”) announced in the Federal Register that the agency is considering a possible reinstatement of 549 EXCLUSIONS for Section 301 duties on products imported from China that had expired on December 31, 2020.

END_OF_DOCUMENT_TOKEN_TO_BE_REPLACED

Customs Classification – A Key Component of an Import Compliance Manual 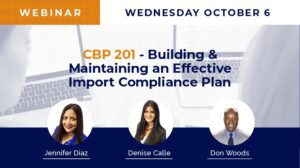 We are often asked by importers to assist in classifying their products under the Harmonized Tariff Schedule of the U.S. (“HTS” or “HTSUS”). While seeking assistance from expert counsel is a best practice, under the CBP Modernization Act, an importer of record (“IOR”) is the sole party responsible for determining the correct classification of imported goods (and thereby paying the correct amount of customs duties). An IOR must use reasonable care in classifying its product at the time of entry. Should an importer misclassify their products and not pay the appropriate duties to CBP at the time of importation; the importer is exposing itself to potential CBP penalties under 19 U.S.C. 1592.  The process of classifying goods can be a tedious process and may require time and research to arrive at the correct HTSUS number for any one product.

This blog expands our prior blog, Crash Course in the Harmonized Tariff Schedule of the United States, and provides additional detail on the classification process and tips for importers to use when deciding on a classification its customs broker will declare to CBP.  Importers are encouraged to attend the webinar How to Build and Maintain an Effective Import Compliance Plan on October 6, 2021 (and on-demand) for best practices on how to build and maintain an import compliance plan by addressing common risks associated with the import process – including product classification.